Hi there, it's Anja again with a card using the new released stamps.
I hope you all had a nice weekend maybe you already did some Christmas decoration or wrote your christmascards.

For today I have nothing Christmas related but another cute monster card. 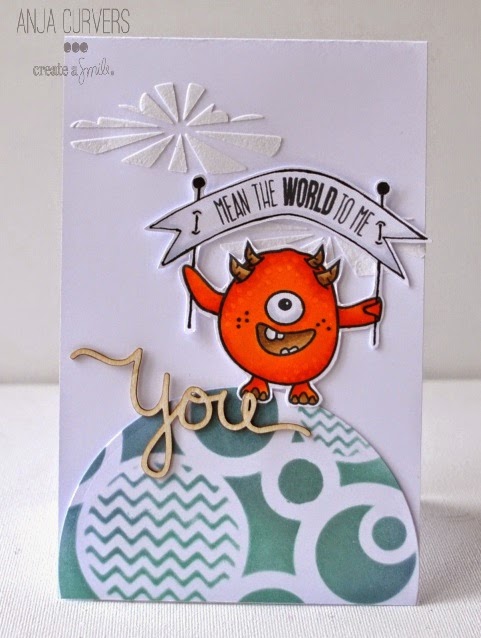 When I was looking at both stampssets Monster Party and Balance I got the idea to use the sentiment from Balance in a banner. Christine has made the stamps in a way that those monsters can hold various things in their hands. So I thought,  he or is it a she? I am not sure, could hold the banner in his hands.

Since the sentiment says mean the WORLD to me I wanted to create a kind of a world for my monster to stand on. So I first die cut a circle and used the in circles stencil with distress ink. Placed this at the bottom of the card. Made two clouds in the sky with the clouds stencil and some white embossingpaste.
Now for the tricky part I bend the stamp so it would fit in a banner and since I am not a drawing artist my banner isn't that great but I think you get the idea.
Fuzzy cut the banner and the monster and colored him with copics. Placed him on the world and to finish of the card I adhered that great chipboard YOU word.

Stencil; In circles and clouds

Since the stamps are clear stamps you can easily bend them in the way you want and place them on your stampblock and they will hold their form. After stamping they will have their original form again.

Make sure you come back on wednesday because we have a special announcement!!!!!! Excited!!!!!!!
Have a great week, Anja.
Posted by anja curvers at 6:00 PM 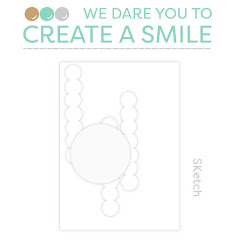