Hi everyone, it's Anja here, I hope you all had some great christmasdays and have been spoiled with great food, many presents and hopefully some craft supplies as well.

Now for the project of today I am sorry about the amount of pictures. 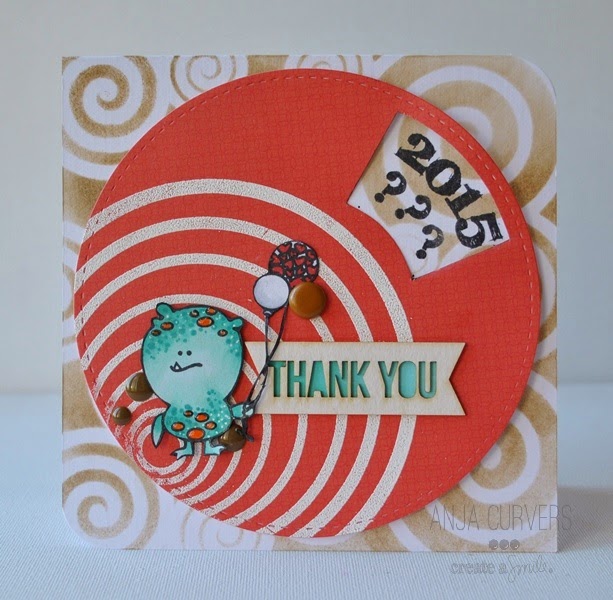 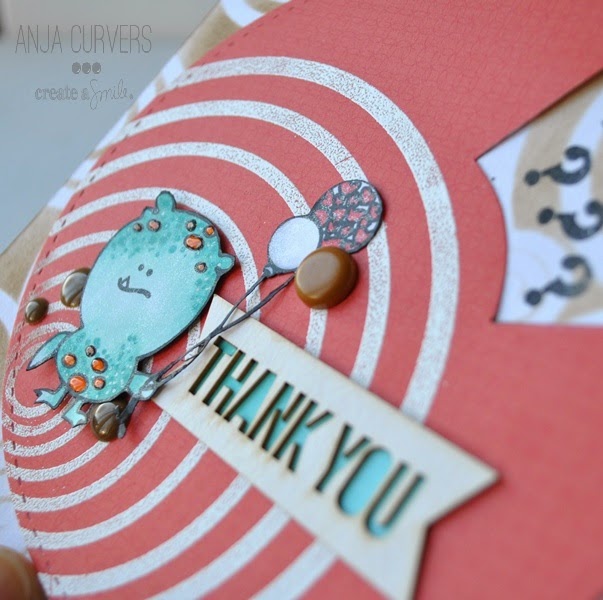 The year 2014 has only 2 more days left so I don't know about you, but I always like to look back to the last year. And I can tell you it has been a great year at least in my modest opinion. I still feel very honoured and happy to be joining Christine and her awesome team on her growing journey. It's always such excitement when the new stamps arrive in my mailbox and what about all the other supplies, wow. So to thank Christine for all she does I thought it would be nice to use all the released stampsets in one project and I also squeezed some chipboard and a stencil in it.

I started by using the swirl stencil and distress inkt on a square card. Then I diecut a circle out of some patterned paper just a little smaller then the background card. After some serious measuring I cut out a window in the circle. On the circle I used the Hypnotize background stamp with white embossingpowder. In the middle I adhered a brad so you can turn the circle. Stamped a monster from the Monster Party set, colored it and fussy cut it. Together with some balloons from the same set. I stamped the hearts image from the Balance set in the biggest balloon. Adhered the whole image to the card and to finish it of I placed some enamel dots in the same color as the brad in the middle. In the little window I stamped 2015 and ??????? ,who knows what the coming year will bring!!!!!!!!, using the 29 again stampset.
Now came the fun part, I used from all the released stampsets one image and used it in the little window.
I am sorry this will be an overload of pictures...... 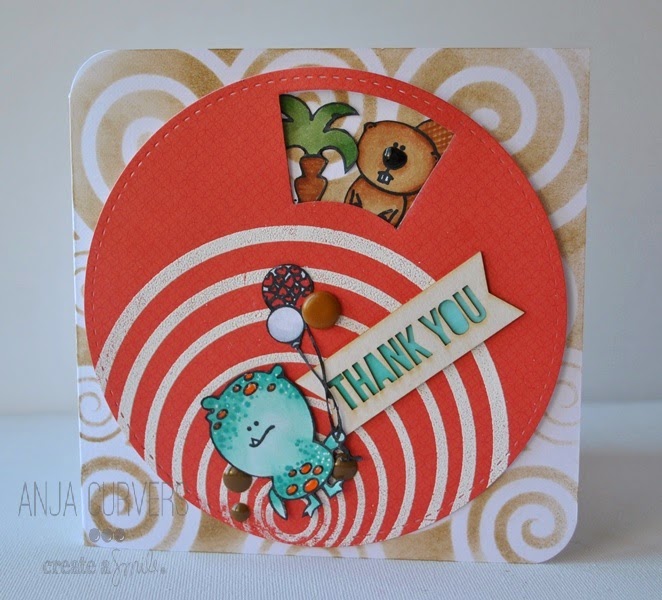 Friends in the Woods and Comfy. 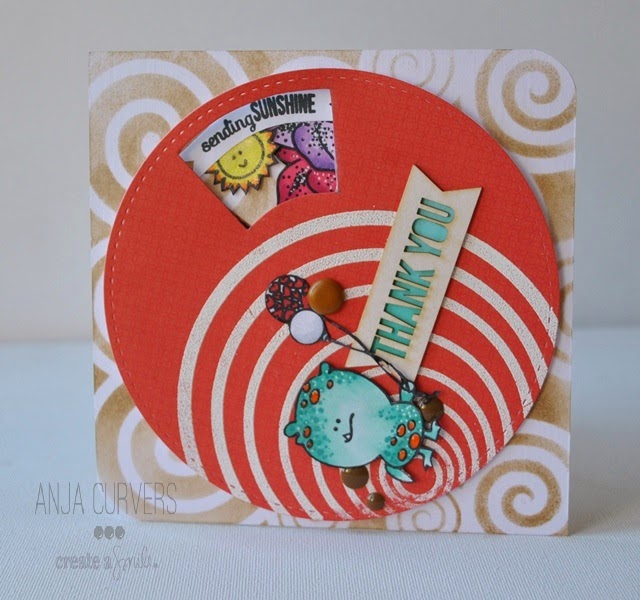 Your view and Jungle fever. 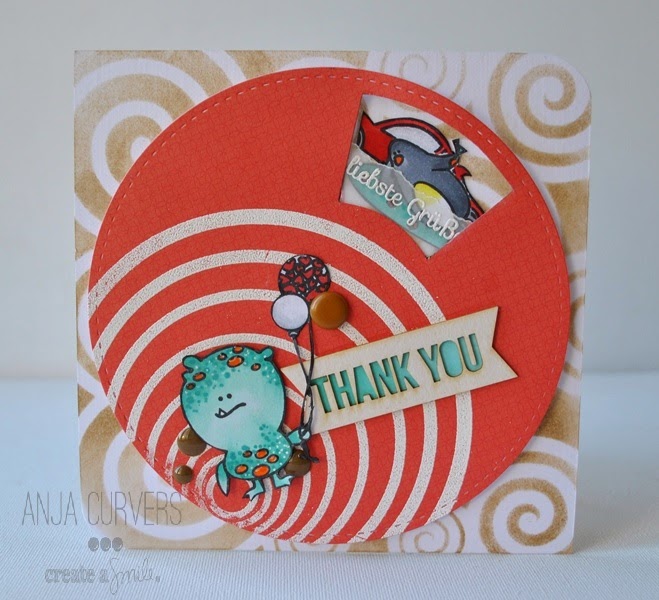 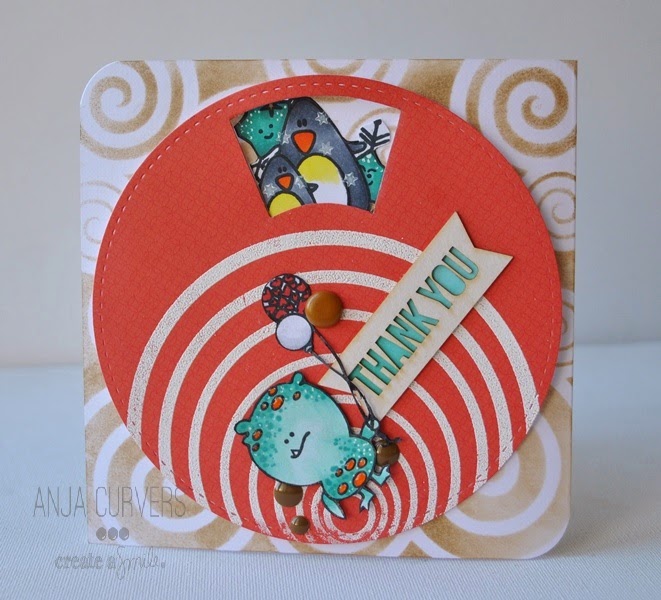 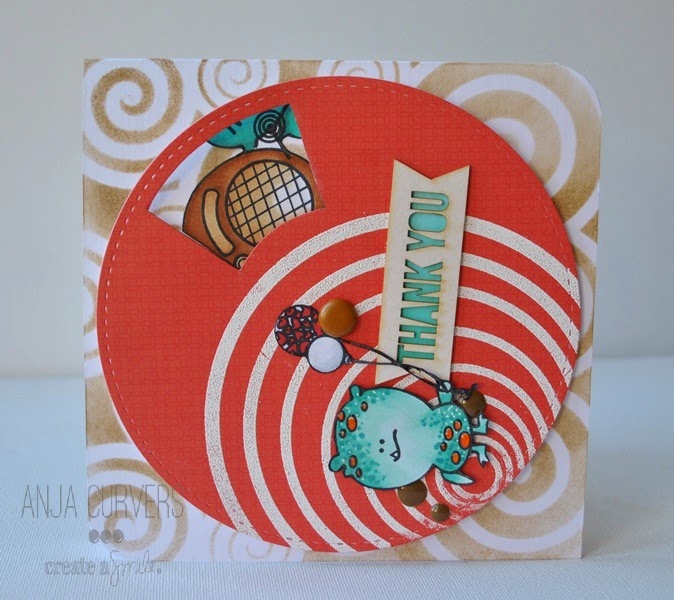 
Thank's for watching, and I wish you a very happy new year and hope to see you again in 2015. 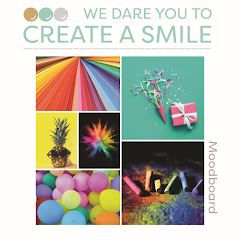