It's Linda here, with a fun card I made using the Background Wall die cut veneer, from Wycinanka as a stencil!

I was trying to think of a fun way to get two (or more) cards out of the one wood veneer, and thought it would be good to use it as a stencil and then as the piece itself.  Do you do that? Try to think of a way to get double the use out of one product?

I needed to do some planning with the colours I chose!

So I used the bricks as a stencil, first applying yellow ink, then some orange and finally a touch of red on only part of the bricks.  I used a small dauber to get the best effect and the most careful ink application. 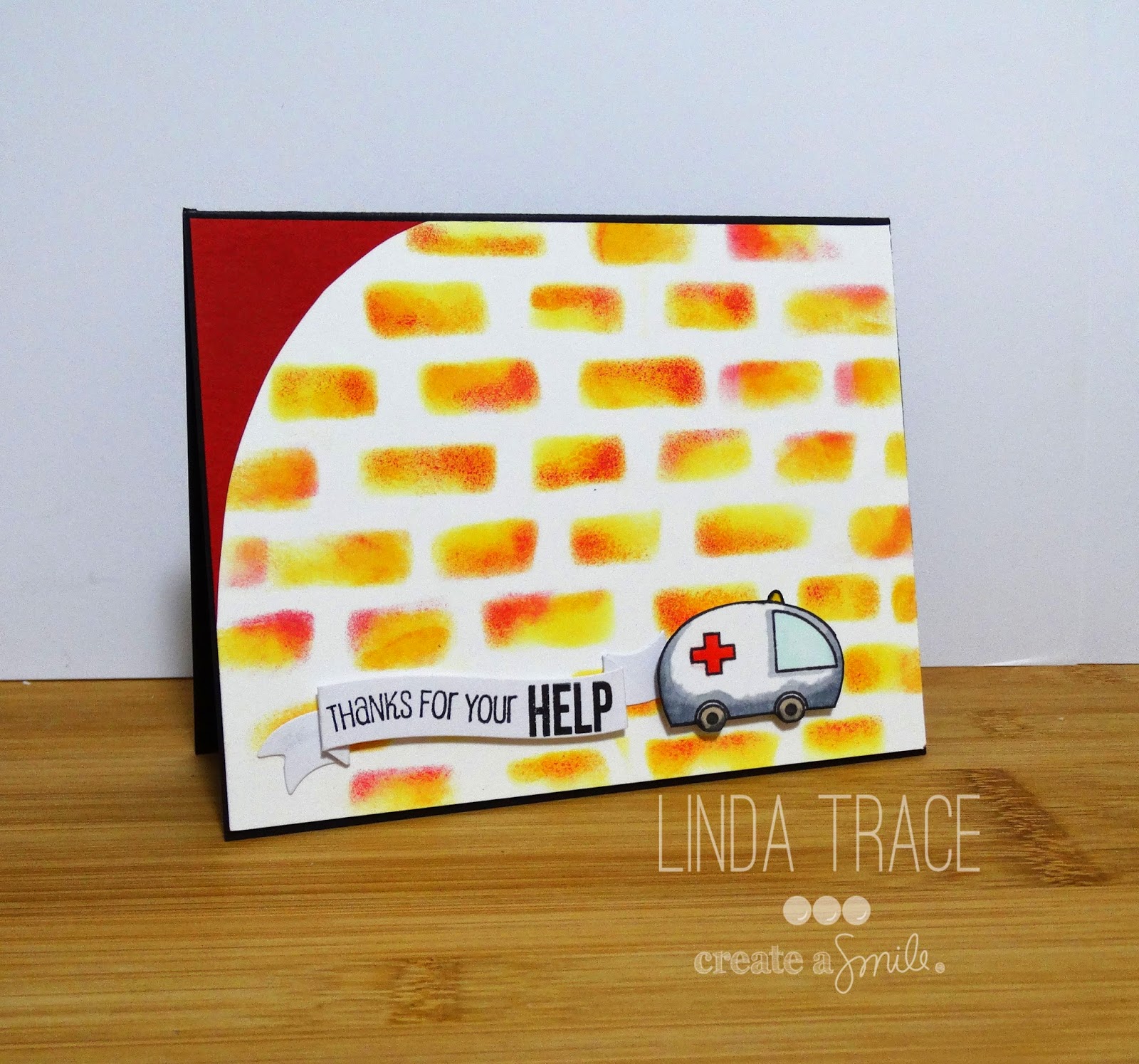 What do you think?

Would you have used different colours?  I wanted the brick wall to look like those cool industrial style ones you find in big loft apartments or on the outside of old warehouses.

I coloured in the little ambulance image from Whimsical Wheels, and added a sentiment on a banner.
I thought it gave some movement to the ambulance, and suggested that it was whizzing past quickly.

What would you have used instead of a banner? Sometimes I'm too literal with my card making. There's a part of me that goes crazy looking at this, because why would a real-life ambulance have a banner coming out the back?! Then I remind myself that this is card making and it's OKAY to play with things a little.

At first, the square corners of the panel were really jarring against the super-round shape of the ambulance, so I thought it would be fun to cut a wide arc out of the corner of the panel. Do you have any favourite techniques for balancing out rounder images? I don't do well with circles cut from panels on cards, so this was a good halfway point for me :)

I'll be back next week to show you what I did with the Background Wall piece itself :) Can't show you everything all at once, can I?!

Have a great week:) 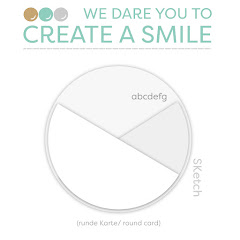