a little layout with all four stamp sets!

Samantha here, and today I am sharing a super fun layout I made that actually uses all four of the released Create A Smile stamp sets!

And, to add to the degree of unlikeliness, it's a christmas layout! he he he!

Ok, so let's dive right in!

The picture is of my fur-friend (his name is Phoenix, and he's super fiesty and bossy!), and I saw him sleeping under the Christmas tree last Christmas, and just had to take a picture!
I used the window frame (from Your View), stamped it four times and then used my craft knife to to cut out the insides! (see Christine's SUPER helpful and amazing video here, that uses the same technique!) Then, all I had to do was slip the picture of phoenix snoozing under the tree behind the paper!

Around the window pane, are sentiments from Jungle Fever, Your View and Comfy!
I also used the sweet as sugar image of the kitty sleeping (and the blanket!) from Comfy and colored them with distress markers!

Lastly, I thought it would be really fun to add the santa hat from Friends in the Woods to the wood veneer tree above the title! Ha! :)

So, that's my layout!
A little early for Christmas (or super late!), but oh well! :)

Did you guys know Create a Smile Stamps is on Pinterest? Yep! They sure are!
Check it all out here!

Thanks for stopping by!
~Samantha


Our Guest Designer for September will be announced later today. So check back to see if it's you ;)
Posted by Samantha Mann at 6:00 PM 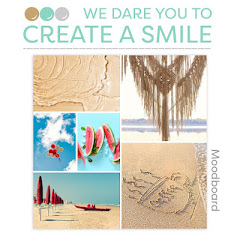