You Can Do Magic

It's Kelly here! I'm back from a lovely vacation and ready to share some car magic with you. Well it's not exactly magic but it's still fun :) 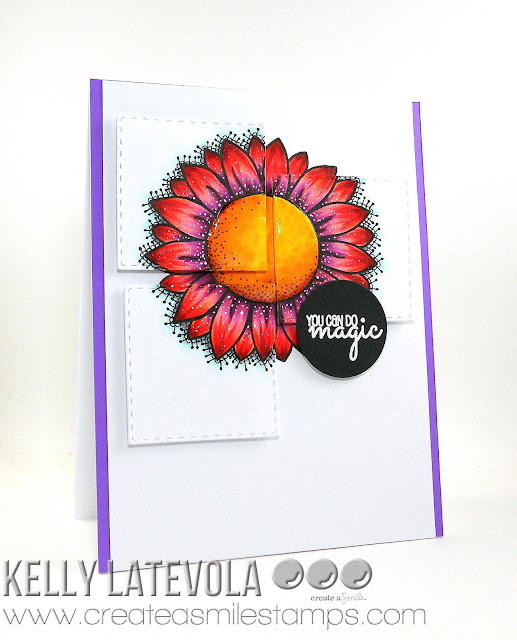 Outside of the fact that I wanted to use the large flower and the Magical Frame I didn't really know what I wanted to do. Sometimes that happens. I just play around with the pieces parts until something I like comes together :)

I stamped the large flower using my MISTI onto a white card panel. The magical frame was cut three times from white cardstock. The whole frame was too large to use three of them so I just used the center square. I adhered them to my stamped panel using repositionable adhesive and then stamped the flower again. Due to the MISTI they lined up perfectly. I left the squares in place while I did my copic coloring. I stamped my sentiment on a black die cut circle and heat embossed it in white. At this point the card was done but it felt . . .plain.

I tried moving the squares to a plain white card base with out the stamped panel. Nope. I tried lining them up the length of the panel. Still no. I had a friend suggest doing the spotlight technique by stamping the panel again but leaving it white. I'm sure that would have looked cool but I couldn't get the flower to line up again as I had already removed it from my MISTI. 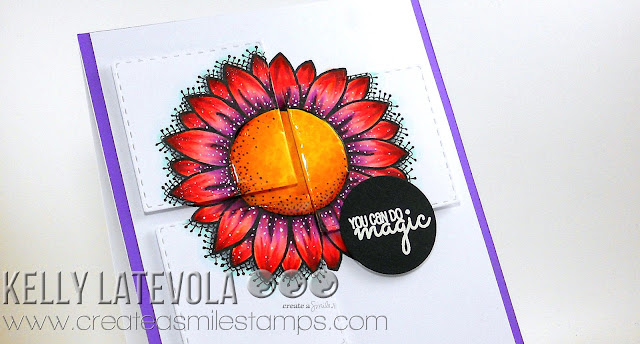 So I started thinking about the sentiment. We as cardmakers do get to do a bit of magic when we create. It's the things you put into it that make the image yours. I decided to add all he little details I normally do but only to the squares. I outlined the petals with a copic multiliner and added a shadow and some blue to the background. I love to doodle so I added some of that to the outside edges. I  sparkled the petals up with some clear Wink of Stella on the outside and some white gel pen dots on the inside. Lastly, I added glossy accents to the portion of the centers on the squares. The squares were attached with craft foam and the whole panel was mounted on some purple.

Don't give up on a card because it doesn't come together right away. Play around. That's why you started this hobby in the first place, because it's fun :) Think about the little ways you make an image your own. Embrace that. It what makes your cards different and beautiful!

Do you like us on Facebook yet? It's the best way to stay up to date on all the happenings!

Thanks for stopping by!

Posted by Kelly Latevola at 7:05 PM 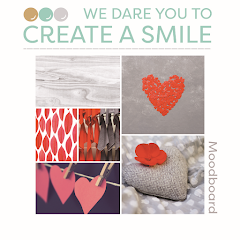